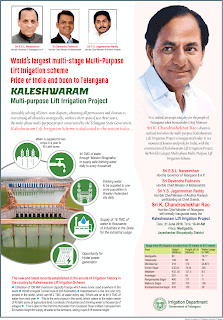 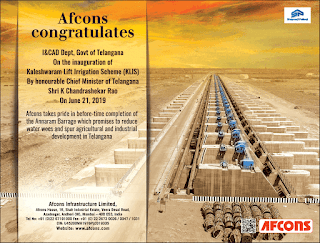 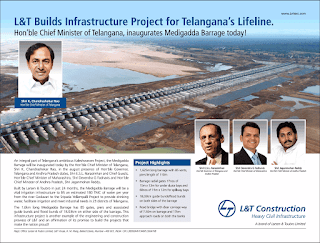 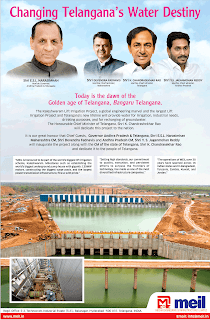 Pumping stations began lifting river water toward parched land in southern India in what is said to be the world’s largest such irrigation project.

Some of the 19 pumping stations on the Godavari River lifted water to a height of 618 meters (2,020 feet) to irrigate about 4 million acres (1.6 million hectares) in Telangana state, instead of allowing the floodwaters to flow to the sea. At its inauguration, the top elected official in Telangana state, Kalvakuntla Chandrasekhar Rao, said the project is the world’s largest using lift irrigation. Experts say the Colorado River in the United States and the “Great Man-Made River” in Libya previously had the world’s largest lift irrigation projects.

The Indian project comprises 20 reservoirs with canals running up to 1,530 kilometers (955 miles) and underground tunnels stretching to 200 kilometers (125 miles). “This project will be a game changer and bring prosperity to the entire state,” Rao said. Thunga Lakshminarayana, an independent expert who writes on irrigation and power issues, said water from the Godavari River had been going to waste by flowing into the sea.