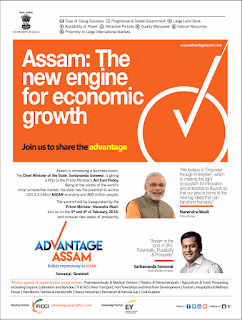 Assam has received investment commitments worth Rs. 1 lakh crore through over 200 business pacts signed at its first Global Investment Summit. As many as 25 MoUs, entailing Rs 35,000 crore investment, were signed on the final day of the summit on Sunday.

“The two-day summit has seen signing of over 200 MoUs with investment commitments crossing Rs 1 lakh crore,” said the spokesperson of ‘Advantage Assam - Global Investment Summit 2018’. As many as 176 MoUs were signed on Saturday with a range of companies committing investments worth Rs.65,186 crore in the state.

Some of the MoUs include companies like Ola for running river taxi in Brahmaputra and skill mission for setting up three mega centres of excellence. Besides, another agreement was signed with Ola to train 12,000 youths, the spokesperson said.

MoUs were also signed between IIT-Guwahati and Kalam Institute of Health Technology on technology transfer in the domain of medical technologies.

Some other developments include laying of foundation stone for tech city of Assam, setting up of NIXI node, establishing a Centre of Excellence for Application Security at NIC and handover of Master Services Agreement for multiple BPO units. 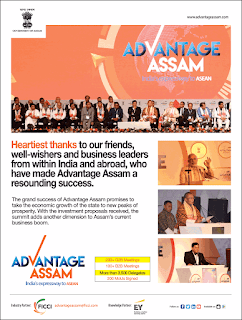