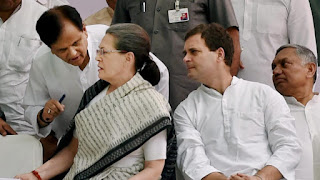 Ahmed Patel’s passing has robbed the Congress leadership of an invaluable friend and ally. As political secretary to the party president, he was involved in every decision that Sonia Gandhi took from 1998. He systematically cultivated people across the spectrum. Yet despite the tremendous power and influence he wielded, he remained the quintessential backroom politician. He scrupulously shied away from the limelight, and that made him indispensable to both Sonia and, later, Rahul, albeit grudgingly.

Sonia took shine to Patel’s style of functioning, which was closer to her heart. She admired the way Patel managed contradictions.

Contrary to perception, Patel did not have it easy in the Congress.

It is said that the Gandhis are the glue that hold the Congress together. Yet party insiders know that it was Patel who really held the party together. Unless the Congress quickly recovers and puts in place effective alternatives, Patel’s demise may prove to be a body-blow to an already tottering Congress.