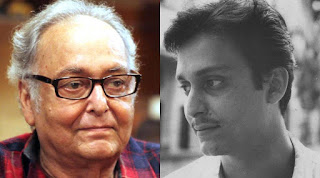 Virtuoso actor Soumitra Chatterjee, who delivered a cache of unforgettable performances in auteur Satyajit Ray’s classics such as Apur Sansar, Ashani Sanket and Joi Baba Felunath, passed away on Sunday. He was 85.

“He was admitted to Belle Vue on October 6 and was suffering from Covid-induced encephalopathy that had been affecting his consciousness and led to a multi-organ failure,” said the hospital.

A multi-spectrum artist, he was also a theatre personality, poet, essayist and painter. He edited the noted literary magazine Ekshon and his first-rate recitation of Rabindranath Tagore’s Sesher Kobita and Jibanananda Das’ Banalata Sen earned him plaudits. He was a recipient of the Dadasaheb Phalke award. PM Narendra Modi termed his death “a colossal loss to the world of cinema, cultural life of West Bengal and India”, and said, “Anguished by his demise...”