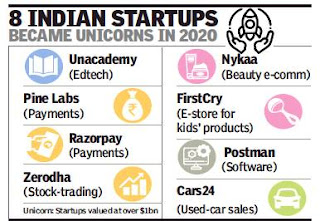 Global technology investment firm DST Global, which has backed Indian startups like Swiggy, Udaan, Ola and Byju’s, is leading a $200-million funding in Cars24. This would make the online platform for selling used cars the latest entrant to the much coveted unicorn club — those with a valuation of over $1 billion. The move has helped Cars24 double its valuation in about a year since it last raised $100 million at a valuation of $500 million.

Cars24 is the fifth startup to emerge as a unicorn during the pandemic. The total number of unicorns created this year now stands at eight. In 2019, India saw nine new unicorns. Cars24 cofounder and CEO Vikram Chopra said the company has surpassed pre-Covid sales. Compared with February, sales are now 20% higher. It will use the new capital to enter the two-wheeler arena and provide after-sales services.

The new funding round saw participation from Cars24’s existing investors including Exor Seeds, Moore Strategic Ventures, and Unbound. Started in 2015, it is currently clocking annualised sales of $600 million, compared with around $480 million in February, said Chopra. “We are now at around 4% market share in the used car space in India, while it’s about 12% in New Delhi. Our agenda is to grow our overall market share to double digits,” he said.

Because of massive tailwinds, he said this is a great time to get into other categories that will complete the value chain. “Most obvious one is two-wheelers. We launched it a few months ago and are seeing better traction than cars. Then we would like to get into servicing,” Chopra said.

The Gurgaon-based firm also offers financing through its NBFC arm and is aiming to scale up its financing programmes further, for both dealers and consumers. For new cars, financing penetration is around 80%, while for used cars it’s only about 15%. “It’s because the market is unorganised,” Chopra said. Its competitors include firms like Olx, CarDekho, and Spinny. It buys cars from sellers in about 130 cities but sells those vehicles in around 400 cities.