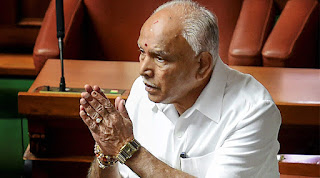 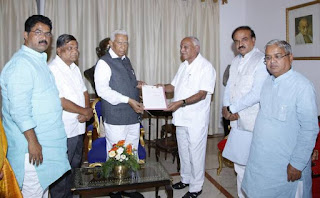 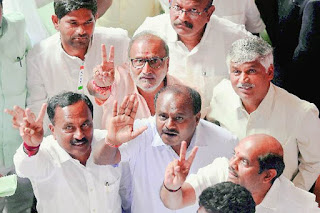 The failure of the BJP to cobble up the numbers and B S Yeddyurappa deciding to resign before the floor test in the Karnataka assembly has come as a major setback to the party, and this would give a boost to the Congress-led Opposition to take a united stand against the NDA in the coming elections.

Some BJP leaders said Yeddyurappa had taken the moral high ground and compared it to Atal Bihari Vajpayee’s decision to resign in 1996 after 13 days as he could not muster a majority. But the comparison appeared misplaced. Yeddyurappa himself has been caught in an alleged phone conversation — as have been Janaradhan Reddy, Sriramulu and other senior leaders — trying to get Congress and JD(S) MLAs on their side by promising posts and money. Apart from charges of horse trading that will dent Modi’s anti-corruption plank and his claim “na khaunga, na khaane dunga”, the BJP will also have to counter charges of misusing the office of the governor not just in Karnataka but in other states too.