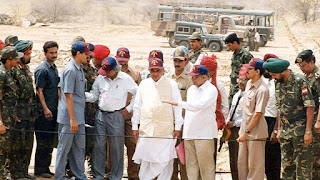 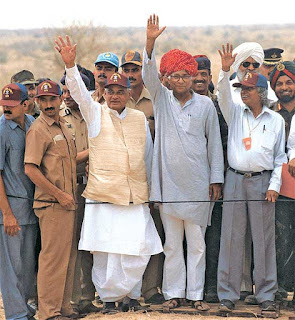 Twenty years ago, a sudden late-afternoon announcement by then PM Atal Bihari Vajpayee and his national security adviser, Brajesh Mishra, shook the world. On May 11 and 13, India conducted a set of five nuclear tests, setting the country on the road to not merely being a nuclear power, but a country deserving of a space at the global high table.

Rakesh Sood, former diplomat and someone who was involved in the post-nuclear tests diplomacy, said India had three objectives. “First was to validate new designs to ensure credibility of the nuclear deterrent as the data set from the 1974 test was limited. Second was to declare that India was now a nuclear weapon state and modify the terms of our engagement with other states accordingly. Third was to generate an acceptance of India as a responsible state with an impeccable non-proliferation record.”

The nuclear tests announcement was followed closely by a massive global outreach by India, starting with the United States. The first response was outright condemnation from every multilateral platform. But in a counter-intuitive action, then foreign minister Jaswant Singh and US deputy secretary Strobe Talbott began a conversation — that led to a whole new relationship being built between US and India. As Raja Mohan, director Carnegie India says, the tests “were needed to end India’s international isolation. They provided the basis for reconciliation with global nuclear order, and redefined our relationship with the US.”

Former NSA, Shivshankar Menon believes the tests “shook loose our relations with all major powers, US, China, even Pakistan. The world was used to a certain kind of India. That was challenged, successfully.” Former foreign secretary S Jaishankar says the tests created one of the pre-requisites for India’s aspiration to become a leading power. “The actions we took 20 years ago ensured our national security. Our responsible record and subsequent engagements ensured global understanding of our policies. That is also shown by our nuclear collaborations around the world.”

The 1998 nuclear tests began the process for the world to acknowledge India as a responsible nuclear power. It was something Indian strategists said, ad infinitum, from 1974 despite decades of economic and technological sanctions, India remained true to highest NPT standards despite being an NPT outlier. While harmonising with global nuclear order, the tests and their aftermath ironically destroyed the prevalent ‘nuclear superstructure’.

Ironically, with Pakistan, the 1998 tests — Pakistan followed soon after — gave Islamabad-Rawalpindi a sense of a ‘threshold’ below which they could continue to wage a proxy war, most spectacularly during Kargil. Since then, Pakistan has taken a riskier path, developing tactical nuclear weapons, while India separated its civil and military programmes and put a nuclear doctrine in place.

Two decades on, Pokhran-II culminated in India-US nuclear deal, membership of three of four global non-proliferation regimes and a waiver from NSG, doors that had been closed to India.