Exports contract for the first time in nine months 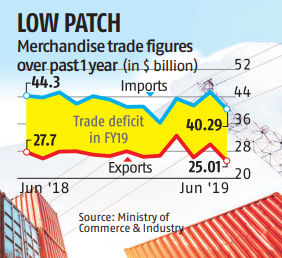 India’s merchandise exports contracted for the first time in nine months in June while imports shrank first time in four months, signalling that rising protectionism and trade tensions between the US and China are impacting India’s trade prospects as well. 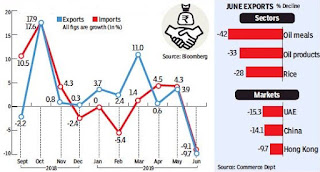