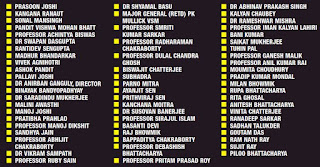 Three days after a group of eminent citizens wrote to Prime Minister Narendra Modi on the rising incidents of lynching and hate crimes, 62 high-profile personalities from various fields responded with a counter statement against what they termed as “selective outrage and false narratives”.

“It (the July 23 letter) is aimed at tarnishing India’s international standing and to negatively portray the prime minister’s untiring efforts to effectuate governance on the foundations of positive nationalism and humanism which is the core of Indianess,” the statement read.

The document of selective outrage, it said, comes across as an “attempt to foist a false narrative with the intention of denigrating the democratic ethos and norms of our collective functioning as a nation and people”.

On July 23, 49 personalities, including filmmakers Mani Ratnam, Anurag Kashyap, Shyam Benegal and Aparna Sen expressed concern at the number of “religious identity-based hate crimes” and noted that Jai Shri Ram’ has become a provocative war cry. The 61signatories questioned the silence of the letter writers “when tribals and the marginalised have become victims of Naxal terror”. Terming the letter to the PM agenda-driven, the signatories said their selective outrage “makes us believe that they are working for a certain agenda and are only playing into the hands of those forces that out Balkanise India”.