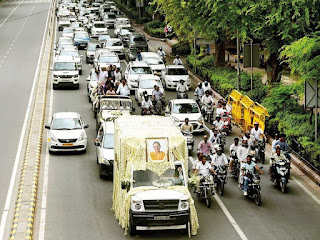 The mortal remains of one of the tallest leaders in the capital and three-time CM Sheila Dikshit were consigned to flames on Sunday, with VIPs, workers and admirers bidding her farewell. Sheila (81) died of cardiac arrest on Saturday.

Thousands of people braved heavy rain and gusty winds to reach Nigambodh Ghat to catch the last glimpse of their leader, credited with changing the face of Delhi during her tenure. Family members broke down as the public raised slogans of “Sheila Dikshit Amar Rahe”.

Talking to reporters, Sonia Gandhi said Sheila was very close to her. “She was a great support for me. She became almost an elder sister. This is a big loss for Congress. I will always remember her,” she said. 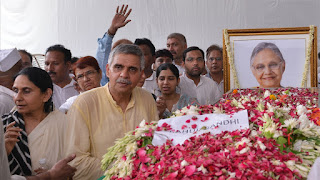 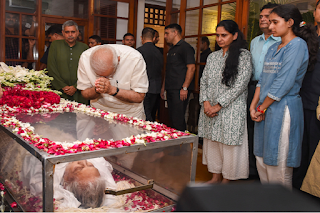 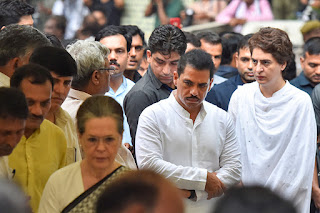 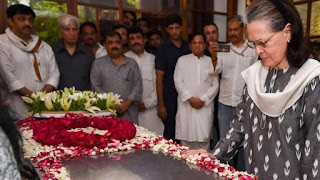 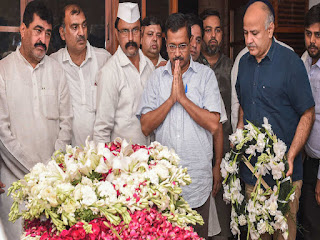 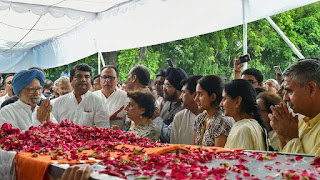 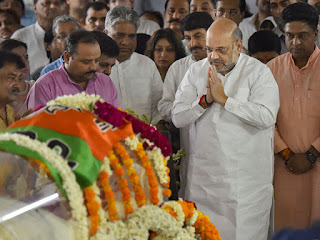