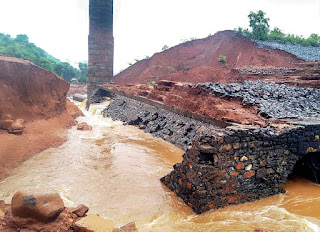 A dam in Chiplun tehsil of Ratnagiri district, around 300 km from Mumbai, that had developed cracks a month ago breached late on Tuesday during heavy rainfall, sweeping away 23 residents. Twelve bodies were recovered; 11 others were still missing at the time of going to press. Eleven houses, too, were washed away.

Those who managed to escape in the nick of time were given shelter at a nearby school.

Tiware is located on hill surrounded by lush, green mountains from three sides. The dam helps restrict the flow of water coming down the mountains.

Villagers of Bhendwadi said temporary repairs were carried out at the dam—built in 2004 by a company owned by local Shiv Sena MLA Sadanand Chavan—a month ago, but fresh cracks had cropped up. They said they had warned local authorities just the day before tragedy struck.

Two boys said they watched the water level of the dam rise as rain pounded the village—but the authorities allegedly issued no warning—and that the structure breached around 9.30 pm. It was the villagers themselves who raised an alarm, they said.

Water Resources Minister Girish Mahajan visited the site on Wednesday and ordered up an inquiry through a special investigation team led by a senior government official. The team will also question Chavan, the minister said. Mahajan announced compensation of Rs.5 lakh for the deceased and reconstruction of houses in four months. 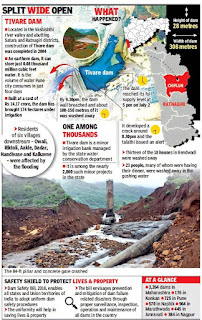