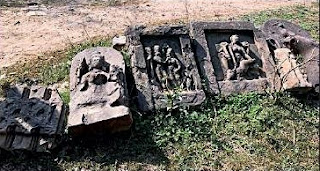 A team of archaeologists from BHU’s department of Ancient Indian History, Culture and Archaeology, have claimed to have found remains of a 3,500-year-old human settlement of sculptors on the city outskirts at Babhaniyav village situated along the holy Panchkoshi route.

“During the field survey of the area, we found several evidences, including a pillar with inscription in Brahmi script and a number of stole sculptures and idols of deities of Kushan and post-Gupta periods,” said project director and head of the department professor Onkar Nath Singh.

“Discovery of idols and Shivlingas, both complete and incomplete forms, suggests that there might be a settlement of sculptors. After these findings, we sent a proposal to the Archaeological Survey of India for excavation, which was accepted,” he added.

“We are going to begin the excavation from February 26 at the village,” said professor AK Dubey, a team member. “As the antiquity of the surface evidences belong to the period of around 1500 BC, it could be safely said that it is contemporary to Harappan civilization,” he said.

Former additional director general of ASI, BR Mani, too, endorsed the observation of BHU archaeologists. “I visited the site in Babhaniyav village which could be at least 3,500 years old,” Mani said..

The antiquity of Babhaniyav village came to notice during the survey of holy Panchkroshi route for documentation under a UGC project, said Singh. “After we found ancient stone sculptures all around in the village, we decided to go into depth to unearth something meaningful,” he said.