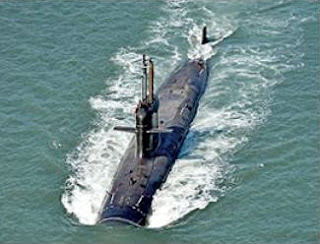 The country’s fourth diesel-electric French-origin Scorpene submarine, which will be commissioned as INS Vela later this month, was delivered to the Navy by Mazagon Docks on Tuesday. Under the over Rs 23,000 crore `Project-75’ underway at MDL for construction of six Scorpene submarines, the Navy has commissioned three vessels, INS Kalvari, INS Khanderi and INS Karanj, till now.

The fifth and sixth, Vagir and Vagsheer, will be delivered over the next couple of years. Though the Scorpene project has faced huge time and cost overruns, it is critical for the Navy because it currently has just 12 other ageing diesel-electric submarines, with just half of them operational at any given time.

With the Chinese Navy making increasing forays into the Indian Ocean Region, India needs at least 18 conventional submarines, six nuclear-powered attack submarines and four nuclear-powered submarines with nuclear-tipped missiles. India is making do with only one SSBN, INS Arihant, which is armed with short-range ballistic missiles, as of now. The second such submarine, INS Arighat, will be commissioned next year.

The tender for the over Rs 42,000 crore project to construct six new-generation diesel-electric submarines with foreign collaboration was issued in July. Under this ‘Project-75 India’, the six new submarines will have land-attack cruise missiles as well as air-independent propulsion.