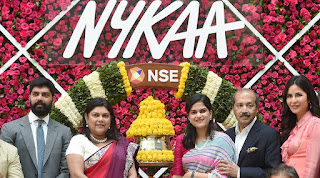 Falguni Nayar has emerged as India’s richest selfmade woman billionaire after the blockbuster listing of her near decade-old startup. Shares of FSN E-commerce Ventures, the parent entity of Nykaa, rose as much as 89% over its IPO price on Wednesday, ascribing India’s biggest cosmetics etailer a market cap of nearly $13 billion. Nayar, who along with family trusts owns more than half of the company, now has a net worth of about $6.5 billion.

Savitri Jindal, who controls the OP Jindal Group conglomerate founded by her late husband, is the nation’s wealthiest woman. Her fortune is valued at $12.9 billion, according to the Bloomberg Billionaires Index. “I started Nykaa at the age of 50 with no experience. I hope the Nykaa journey can inspire each of you to be the Nykaa (heroine) of your lives,” Nayar said, before ringing the opening bell at the National Stock Exchange on Wednesday. 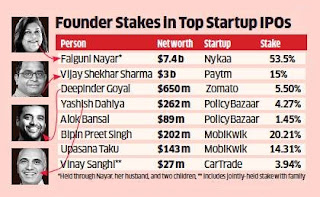