Saurabh Kirpal Set to be First Gay Judge of a HC 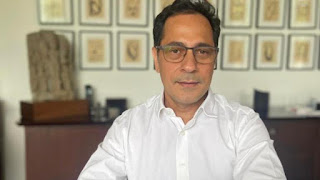 The Supreme Court collegium has recommended Saurabh Kirpal as a judge to the Delhi high court, a historic first as Kirpal is self-professed gay. The SC collegium led by CJI NV Ramana took a decision on Kirpal’s elevation last Thursday and sent the recommendation to the law ministry.

Appointments to the constitutional courts are usually a formality, though the law ministry has been known to take exception to some collegium recommendations.

Kirpal’s recommendation had a fair share of twists and turns. His name was in the reckoning for a judge’s post since 2017 but was stalled due to his stance that he was gay.

Kirpal has openly spoken about his sexual orientation and the collegium deferred taking a call on his elevation at least four times despite the HC’s recommendation.

When it did, the Centre seemed reluctant to okay it. The collegium recommendation this time, since it is a reiteration, should clear the way for his appointment as a judge of the Delhi high court.

His elevation may open the doors for LGBT advocates to the country’s constitutional courts and also reduce social prejudices against them. Kirpal is fairly young and could be elevated to the top court, which was once presided over by his father BN Kirpal.

Saurabh Kirpal was a junior lawyer in senior advocate Mukul Rohatgi’s chamber before he was designated a senior advocate. He is an alumnus of St Stephens College, Delhi, and Oxford and Cambridge universities. He is known to be a very meticulous and hardworking lawyer in legal circles.

Kirpal has always pushed the cause of the LGBT community and as one of the petitioners in the case was at the forefront of the legal battle to have Section 377 of the Indian Penal Code, which criminilised homosexuality, removed.