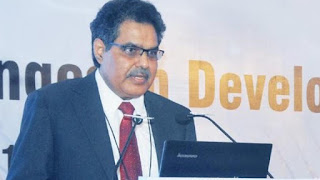 The government has appointed Ajay Tyagi, a senior bureaucrat in the finance ministry to head the Securities and Exchange Board of India, the country's capital markets watchdog. He will replace UK Sinha, who will finish his term on March 1, 2017.

Finance ministry officials describe Tyagi as a no-nonsense bureaucrat with knowledge and experience of financial markets.He has been in charge of the capital markets division in the economic affairs department since October 2014 and headed the committee that crafted the draft code on resolution of financial firms. He has considerable experience in senior governmental positions, having served as joint secretary in the ministry of environment earlier.

Tyagi, 58, who hails from Uttar Pradesh, was instrumental in the merger of commodities market regulator Forwards Markets Commission with Sebi.

Tyagi was also the government's nominee on the RBI board for some time in 2015. He led the initiatives on corporate bonds markets. He held the charge of investment in the finance ministry and has been instrumental in pushing FDI liberalisation.