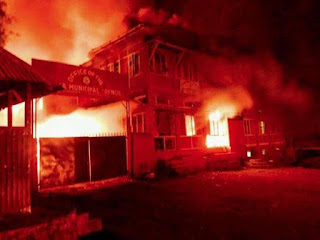 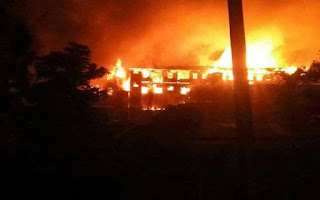 The anger festering since the killing of two protesting youths in police firing on Tuesday came to a boil on Thursday with violence erupting in the Nagaland capital, triggered by those opposed to 33% reservation for women in the ongoing local body elections.

The Nagaland Tribe Action Council, a group formed on Thursday, sent a three-point charter of demands to Zeliang, but set a deadline for the fulfilment of these demands at 4 pm the same day . With the government getting no time to react, violence broke out across the state capital.

The state government called in five columns of the Army and imposed section 144 in Kohima, while also suspending mobile services in the region. Angry mobs vandalised the offices of Election Commission and deputy commissioner, and set fire to the Kohima Municipal Council building. Other damaged offices include state information commission, urban development department, railway reservation centre and the Kohima Press Club, with many documents charred.

Protesters threatened to place the bodies of those killed in front of the homes of Nagaland chief minister TR Zeliang and ruling Naga People's Front (NPF) president Shurhozelie if their demands were not met.