Zoom Air to take off 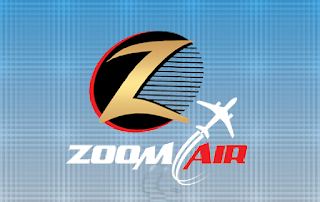 Zoom Air, India's 10th scheduled carrier that received the DGCA licence, will launch its service with flights to Kolkata and Durgapur on February 12. Aviation minister Ashok Gajapathi Raju will flag off the airline's inaugural flight from Delhi to Kolkata at 7.15 am that day .

Zoom Air MD & CEO Koustav Dhar said the airline will operate a fleet of Bombardier CR-J200 LR series twin-engine jet aircraft with 50 premium seats in 2x2 layout. “Zoom is a full-service carrier that will serve complementary meals,“ he said. To begin with, the airline will have daily flight on the Delhi-Kolkata-Durgapur-Delhi sectors, followed by Delhi-Chandigarh-Delhi and then the return Delhi-Durgapur-Kolkata-Delhi sectors. Later, the Delhi-Amritsar-Delhi leg will be added.

Earlier this month, Zoom Air conducted test flights at Andal airport as well as proving flights with crew and technical team to Kolkata, Varanasi and Mumbai to fulfill the final requirement for a scheduled operators' licence.

The arrival of the new airline will lead to commencement of scheduled flights from Kaji Nazrul Islam Airport at Andal near Durgapur that has been idle since last June when Air India withdrew operations. There have been non-scheduled flights but Zoom Air will enable fliers from the belt to travel to Delhi directly.