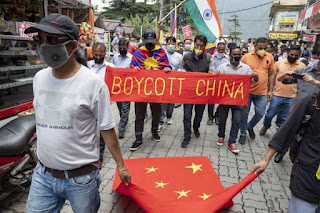 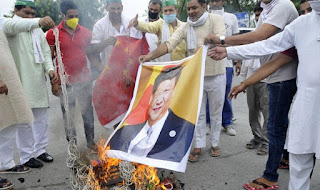 Even as India and China held another round of diplomatic talks on the border issue, Beijing on Wednesday stepped up its offensive by reiterating its claims over the Galwan Valley and holding Indian troops responsible for the June 15 clashes, which resulted in casualties on both sides.

Accusing Indian troops of breaching basic norms “governing international relations”, China said their adventurous acts were of a “vile nature” and will have “severe consequences”. Both the Chinese defence and foreign ministries said the Galwan Valley was on the Chinese side. The foreign ministry also accused India’s ministry of external affairs and Indian media of issuing “false reports” about recent developments in Galwan Valley.

The Indian side didn’t officially respond to the allegations which came a day after the countries agreed to a gradual and “verifiable” disengagement of troops following a top-level military commanders’ meeting. Official sources said India had already made its position clear on Chinese claims which have never extended up to the Galwan estuary.

Responding to China’s “step-by-step” account last week of developments at the border, MEA had asked Beijing not to make untenable claims and not to misrepresent understanding forged at June 6 meeting of senior commanders.