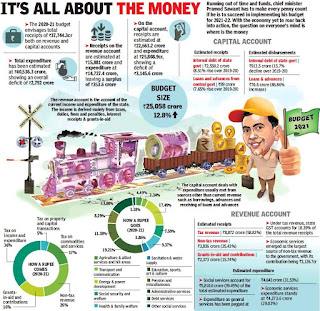 As chief minister Pramod Sawant outlined the state’s fiscal planning and economic priorities in the seemingly please-all budget, it was obvious that political considerations of the election year far outweighed fiscal prudence of the exercise.

After bringing both the rural and urban self-government bodies under his belt, Sawant’s attempt to woo all major demographic segments of society in the election year was all too visible in the budget. While the youth have been promised better employment avenues, Sawant’s budget is generous in providing sops for women, the elderly and the tribals.

He also announced the Goa Bhoomiputra Adhikarita Yojana with a view to regularising structures of tribals identified to be illegal. The scheme aims to resolve such issues by setting up committees under the aegis of the district collectors.

In a clear appeasement to voters, Sawant said, “There are houses within panchayat areas that have been constructed since years and still do not have a house number for various reasons. In order to provide recognition to such dwelling units, I propose to provide house numbers to all such dwellings by making the necessary changes in legal provisions… I propose to extend the same to dwellings in urban areas by making necessary legal provisions.”

The ten-fold agenda outlined by Sawant in the budget promises shelter to all, electricity and tap water connections besides toilets to all houses, health, social and financial security — including insurance — to all eligible, farmers welfare schemes, and aid to the elderly.

Significantly, in what is being seen as an attempt to keep his flock of MLAs in good humour, Sawant announced a MLA-Local Area Development Scheme for which Rs.1,000 crore has been earmarked in the budget “to facilitate smooth execution of development works” in all constituencies.

Stating that consultancy firms will be empanelled by the government for availing maximum amount of central funds for various projects in Goa, Sawant disclosed plans of rolling out 49 centrally sponsored schemes for which financial aid of Rs.772 crore is expected in the forthcoming fiscal.