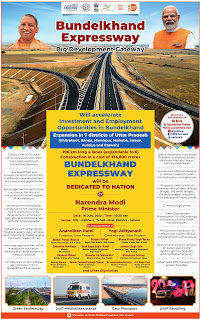 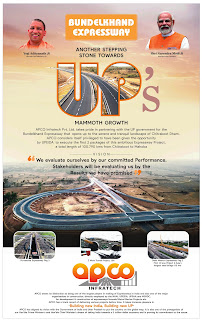 PM Narendra Modi blamed the opposition for the “dangerous revadi (freebie) culture” taking root in electoral politics, contrasting it with the inauguration of the 296km Bundelkhand Expressway in UP’s Jalaun to drive home the point that BJP’s focus remains development.

“Those who perpetuate this culture will never build new expressways, airports or defence corridors for you. People of this mindset feel they can buy off voters with free revadi (a popular north Indian sweet),” the PM said. “Together, we have to defeat this thinking; we have to free the politics of our country from this culture. The youth, especially, should guard against it. ”

Modi said unlike the opposition, BJP’s double-engine government in UP had chosen not to take a shortcut and instead work hard to improve the state’s future. Both SP and AAP had promised a slew of freebies in the run-up to the assembly polls that BJP won. The PM said there was a time when the hinterland had reconciled itself to the idea that only the big cities were entitled to the privilege of modern modes of conveyance. The BJP government has changed that perception through its template for governance, he said. “Yeh Modi hai, Yeh Yogi hai. We are leaving archaic thoughts behind,” he said to a chorus of applause.

Modi said he had been visiting UP for decades and was happy to note the changes that had come about over the past eight years of his stint so far as PM. “Law and order and connectivity were the two major issues. I always thought if these two issues were addressed, UP could fight against all odds,” he said. “Now, law and order has improved because of the initiatives of the government led by Yogi ji, and connectivity is getting better rapidly. ”

The PM said UP was primed to sprint at a faster pace than ever, thanks to new resolutions. “Yehi sabka saath hain aur sabka vikas hain (This is true collective development). Let no one be left behind. The smaller districts of UP should also be connected by air, for which work is being done expeditiously. ”

The PM exhorted CM Yogi Adityanath to turn the Bundelkhand Expressway into the nerve centre of a tourism circuit. “There are many forts in the places adjacent to this expressway. Yogi ji should develop a tourism circuit across the expressway dotted with these forts. ” Modi also highlighted various other projects completed by the government. “The way UP is growing today under this government is unprecedented. The Saryu canal project dragged on for 40 years before we completed it. “The government revived the Gorakhpur fertiliser plant that has been shut for 30 years. We completed the Arjun dam project that had been going on for 12 years. At one time, there were only 12 medical colleges in UP; today there are more than 35 and work is going on to set up another 14. ”

The PM said with the expressway, the distance from Chitrakoot and Delhi had been reduced by 3-4 hours. “It will not speed up travel, but also accelerate industrial progress of Bundelkhand. ”