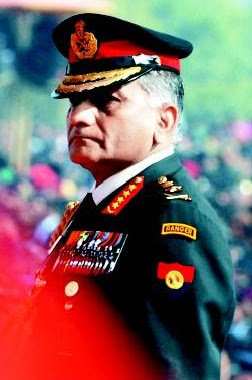 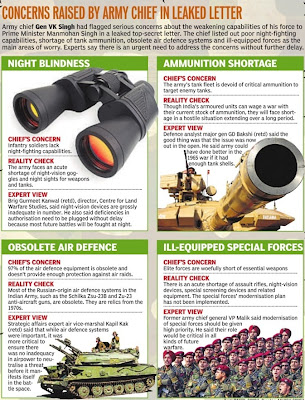 In General VK Singh’s latest interviews to an English daily and a television channel, in which he claimed he was offered a Rs 14 crore bribe, Gen Singh lamented that the Army bought over 7,000 vehicles at exorbitant prices without any questions being asked. Many retired officers felt Gen Singh has in a single sweep raised questions about the integrity of all officers who have handled the purchase of Tatra vehicles. Gen Malik, the Army chief during the 1999 Kargil conflict, said, “They should have immediately investigated the matter and the company which made the offer should have been blacklisted, and stringent action should have been taken against the person who offered the bribe.” “Here the integrity of senior officers including that of the office of the Army Chief is involved. They should take action, ruthless action,” Gen Malik said. Corruption was “still an aberration and not rampant” in the Army. “The matter should have been taken to the logical conclusion,” he added. Over 7,000 Tatra trucks in service with Army. They are all-weather trucks that operate in all terrains Used for carrying tanks, artillery, mounting various guided missiles, BrahMos. Used also for carrying personnel No trucks made in India matched Army’s general staff qualitative requirements (GSQRs) for trucks, so Tatra ended up getting monopoly .Defence PSU BEML has exclusive marketing tie-up for India. First deal between Omnipol of Czechoslovakia and BEML in 1986 to manufacture Tatra trucks under licence agreement—the agreement continued until 1996 .In 1997, a new agreement was signed with Tatra Sipox of UK, which carried on. Army has now modified its GSQR. So, India has issued the first request for proposal under competitive bidding. Bharat Earth Movers Limited (BEML), the Bangalore-based PSU supplying Tatra trucks to the army, has said it doesn’t have any middlemen even as a senior defence ministry official said there has not been any complaint from the force about the vehicles’ quality. On March 5, the Army headquarters had issued a statement saying Lt Gen Tejinder Singh had “offered bribe on behalf of Tatra and Vectra Limited, which supplies vehicles to BEML”. Tatra vehicles are manufactured in Czech and Slovakia Republics and imported to India through BEML. They are supplied to the army after further value addition and 7,000 Tatra vehicles are currently in service. Reacting to questions on whether the the Army had complaints about the quality of Tatra vehicles, joint secretary (land systems) in the MoD Rashmi Verma said, “As far as the quality of Tatra trucks is concerned, we have received no complaint from the armed forces. We did get some complaints about after sales service and maintenance, which were resolved.”

I am pretty much sure antony is not doing this only for his benefit because he has good track record in my state and he once told my media friend that he will not allow his childrens in politics . Even despite of these stories still I believe he is doing for sonia and MM singh who is big hand in this scams. why and how they using him is to be enquired by some reliable agencies like SC.