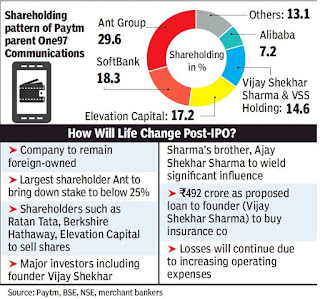 After months of speculation and hectic activities, digital payments major Paytm finally set the ball rolling to get listed through a Rs 16,600-crore IPO that would be the biggest such offer in Indian stock market history.

On Friday, Softbank-backed One97 Communications, the parent of digital payments startup Paytm, filed the draft prospectus with markets regulator Sebi that showed the total planned mobilisation through the offer will be shared equally by the existing shareholders who are selling through the offer (Rs 8,300 crore) and the company, which will issue new shares (Rs 8,300 crore).

The biggest fund raising by an Indian company through the stock market route was a rights offer: In June 2020, Reliance Industries had successfully closed its Rs 53,125-crore rights offer.

According to the draft prospectus, Noida-headquartered Paytm, which was last valued at $16 billion, will use Rs 4,300 crore of IPO proceeds to acquire consumers and merchants to strengthen its ecosystem. It will use another Rs 2,000 crore to invest in new business initiates and acquisitions.

The startup, which counts China’s Ant Group and Alibaba, Japan’s Softbank, Elevation Capital (formerly SAIF Partners) and Warren Buffet-led Berkshire Hathaway among its backers, will also see most of these early investors selling parts of their stakes in the company. Ratan Tata, chairman emeritus of the Tata Group, too, is expected to sell his stake, which accounts for less than 0.5% of the company, while founder Vijay Shekhar Sharma will dilute his holding as well.

Paytm’s largest shareholder, Ant Group, along with its parent Alibaba group holds around 37%. The two entities together are expected to bring down their stake to less than 25% to enable Paytm to become a “professionally managed company” under Sebi guidelines.

Sharma, who holds around 14% stake in Paytm, has also transferred 5% of his stake to VSS Holding, a company that he fully owns. The holding entity has received a nod to borrow a Rs 492-crore loan from One97 Communications. The funds will be put into Paytm Insure-tech, an associate company of One97 Communications, which will in turn use them to acquire Raheja QBE General Insurance. Paytm had entered into an agreement in July 2020 to buy Raheja QBE General Insurance. The proposed deal is awaiting regulatory approvals. Paytm, however, clarified that there is no certainty whether the transaction will go ahead. 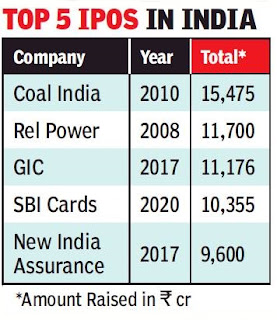