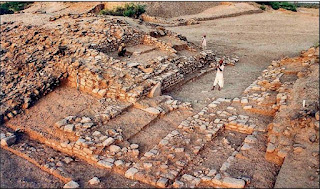 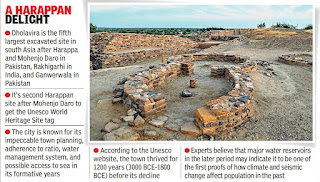 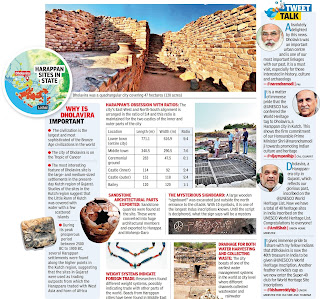 Dholavira, a Harappan-era metropolis in the Kutch region of Gujarat, earned the coveted Unesco World Heritage Site tag on Tuesday, ending an eight-year long wait. Dholavira becomes the fourth WHS in Gujarat after Champaner, Rani ki Vav in Patan, and the historic city of Ahmedabad.

This is the second WHS honour for India in less than a week —Ramappa Temple in Telangana’s Warangal was granted the status on July 25.

The first representation for Dholavira’s inscription was made in 2014 by the Government of India.

The ancient town, found in 1967 and excavated in 1989-90 for the first time, is the second biggest Harappan site after Rakhigarhi in India. It was inhabited for about 1,200 years starting 3000 BCE, said experts.

Joy erupted among archaeologists, historians, and academics in Gujarat and India after the formal announcement of Dholavira’s new title was made at about 3.30pm during the ongoing 44th session of Unesco’s World Heritage Committee.

Experts said that after Mohenjodaro in Pakistan, Dholavira is the second Harappan site to get the tag in south Asia and the first from India. “Absolutely delighted by this news. Dholavira was an important urban centre and is one of our most important linkages with our past,” PM Narendra Modi tweeted soon after the news broke. “It is a must visit, especially for those interested in history, culture and archaeology.”

The PM also mentioned that he had visited Dholavira during his student days and was mesmerized by the place. “As CM of Gujarat, I had the opportunity to work on aspects relating to heritage conservation and restoration in Dholavira,” he tweeted.

Dholavira is not your usual tourist destination – located about 213km northeast of Bhuj, it has only one road connecting it to the mainland. Regular days do not witness much hustle-bustle except occasional buses or private vehicles. Add the hot and dry climate to the mix, and you get a site that is about 5,000 years at its oldest but is enticing only to those who are really interested in history and archaeology.

However, once one is amidst the stone walls, a sense of awe descends. It was a bustling city that rose around 3000BC and went into decline around 1800BC, existing for more than 1,200 years, witnessing the rise and fall of the Harappan civilization. It had a drainage system, water reservoirs, obsession-level adherence to ratios and symmetry, trade in some of the finest carnelian and agate with faraway nations, and above all, an all-welcoming ‘sign board’ – literally!

As the Harappan city got the coveted Unesco World Heritage Site tag on Tuesday, many at the Archaeological Survey of India and from the history and archaeology fraternity celebrated. India had presented the site for the first time in 2014 to Unesco, which culminated after seven years of meticulous documentation and representation of the site and its unique features.

Dr Y S Rawat, who was associated with the site’s excavation for 13 years, said the site in a way gave a peek into interconnected cities of Harappa, but also served as a time capsule for the era. “We see one of the first pieces of evidence of pulley block system at the well in the lower town area here. We know that they had trade overseas when the conditions were favourable, in carnelian and ivory, among other things. The drainage system and toilets outside their homes indicate an elevated level of engineering,” he said. “Several traditions – the use of ivory bangles and home design, an open area between the home and the gate – have been carried forward in communities living in the region for a long time.” Experts point out that it’s one of the Harappan-era sites that can give a ‘feel’ of a site due to a large part still being intact. Right from the entrance to elevation of the ‘upper town,’ and boundary wall to water reservoirs, majority of features can be experienced, making it a unique site from the Harappan era.