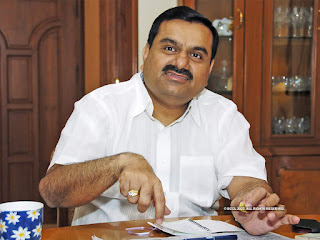 Adani Group chairman Gautam Adani overtook Microsoft co-founder Bill Gates to be the 4th richest person in the world late on Wednesday, according to Forbes Real-Time Billionaires list. With a net worth of $116.3 billion, Adani was at the 4th position, while Gates, with a net worth of $105.1 billion, stood at the 5th position, as of Thursday evening.

However, Bloomberg Billionaires Index showed Adani at the 5th spot behind Gates on Thursday. Adani, who entered the $100-billion wealth club in April, is still the richest Asian on the list with Reliance chairman Mukesh Ambani ranking 10th with about $90 billion wealth.

Shares of Adani Group companies have recorded strong performance in the last 2 years. Adani added the most wealth in 2021, about $49 billion, at the rate of Rs 6,000 crore per weak, according to Hurun rich list.

In 2022 so far, Adani’s net worth has grown by 45% or over $34 billion in absolute terms, according to Bloomberg Billionaires Index.