Time for India to become a market maker: PM 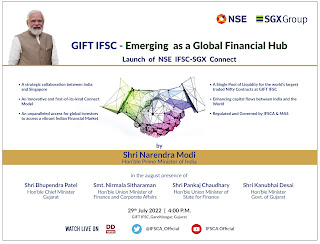 Prime Minister Narendra Modi said it was time for India to become a market maker instead of merely remaining a market as he inaugurated the India International Bullion Exchange.  The exchange — the third such initiative globally, set up with an aim to enable India to become an influencer for global bullion prices — will help India achieve that role, given that India was a large consumer of gold and silver, Modi said. “With gold trade getting more and more organised through this exchange, India will be in a position to fix gold prices and it will leave an impact across the world. ”

The PM said India is now in the company of a select bunch of countries such as the US, the UK and Singapore, where new trends in the global financial sector are shaped.

After laying the foundation stone of the headquarters of the International Financial Services Centre Authority, Modi said the Indian economy was poised to grow bigger and India needed institutions that can facilitate its growing role in the world economy. “India is one of the largest economies of the world. So, in the future, when our economy will be bigger than it is today, we have to be ready for it now. For this, we need institutions that can cater to our present and future role in the global economy,” Modi said. He pointed to India accounting for 40% of real-time digital payments in the world.

The PM emphasised on integrating with global markets. “For us, integration is the biggest important agenda. Integration with global markets. In the global supply chains, we are fast integrating with them. GIFT City is an important gateway to connect with the global opportunities. When you integrate with GIFT City, you will integrate with the entire world. ”

During his tenure as the Gujarat CM, Modi had envisaged GIFT City as the global financial hub in 2007 and inaugurated it in 2013. “IFSC shall work as the Connect, that is, to enable cross-border bridging so that capital markets have India and Singapore,” said finance minister Nirmala Sitharaman. 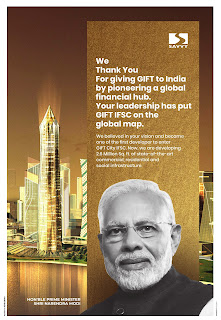 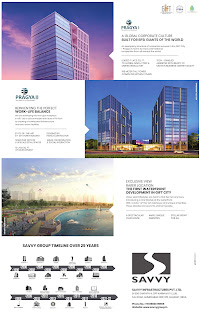 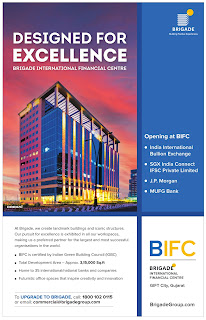 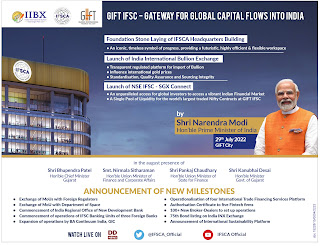