Maruti’s Grand Vitara is back 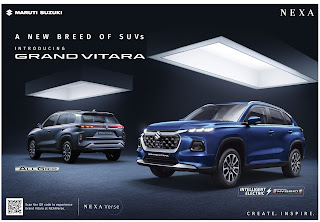 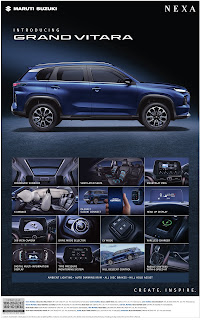 It’s a straight battle between the Japanese challengers and the Korean domination. After being on the fringes for long, Maruti Suzuki finally gets the premium SUV that may help it take on top off-roaders such as Hyundai’s Creta and Kia’s Seltos in mid-sized category.

Maruti Suzuki brought back the ‘Grand Vitara’ brand for the new SUV that it has jointly developed in partnership with fellow Japanese Toyota. The Grand Vitara was earlier being sold in India around 2006-07, but that was an imported model and failed to enthuse buyers. The new vehicle, available in two separate 1,500cc-petrol engines (one with strong hybrid), will be sold under respective brands of the two companies. It is expected to see Maruti and Toyota (which has also unveiled its version of the vehicle) gain a foothold in the premium SUV category that has been witnessing strong growth, but is dominated by the Koreans Hyundai and Kia.

“This model gives the best of the brands, and we are confident of making a strong dent in the premium SUV space with the new car. Maruti hopes that the new model, and other SUVs that we will be getting in, would help us get back the number one position in the SUV category,” company MD and CEO Hisashi Takeuchi said. While the platform, architecture and development of the model has been done by Suzuki in partnership with Maruti and its vendors, Toyota has provided the strong hybrid set-up which promises to give the car a mileage of 27.97 kmpl.