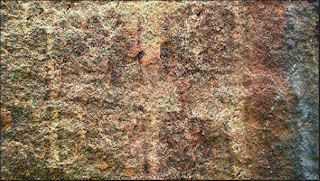 A 3,000-year-old rock art with a symbol of a square and a plus mark incised on the surface was found in Malaiadipatti village near Pudukottai district.

Malaiadipatti is a historical place with cave temples of Shiva and Vishnu, Jain stone beds and a megalithic burial site. About 25 km from Trichy city, the rock art is perhaps the first to be found on a hillock known as ‘Thiruvalathur’.

Trichy based archaeo-symbolist T L Subash Chandira Bose noticed the foursquare rock art drawn in white pigment on a rock surface at the back side of the hill near the Jain stone beds. “There are lots of petro-glyph (pre-historic rock carving) symbols attributed to various periods of time on the rock surface of the hill. But this is the only rock art found in the hill, which makes the finding significant,” said Chandira Bose.

“Mayamata, an Indian treatise on housing architecture and iconography has the reference of this four-squared symbol as ‘Pecaka’ geometrical diagram. The geometrical diagrams as symbols were invented by ancient Indians to understand the unknown or god,” he said.