Opposition Delegation To Kashmir Sent Back from Srinagar Airport 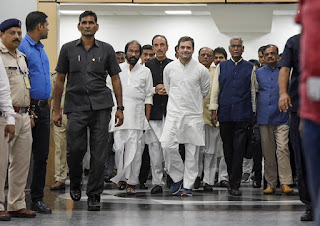 A delegation of parties, including Congress leader Rahul Gandhi, was not allowed to go out of Srinagar airport and was sent back to Delhi. The delegation retuned to Delhi in the evening.

After not being allowed to visit Srinagar, the Congress tweeted, “If the situation in Jammu and Kashmir is “normal” as the government claims, why has the delegation of Opposition leaders led by Rahul Gandhi been sent back from Srinagar airport? What is the Modi govt trying to hide?”

Authorities lifted restrictions from most of Kashmir on Saturday, a day after they had imposed strict curbs on movement of people in the Valley in view of the Friday prayers and the proposed march of separatists to the local UN office.