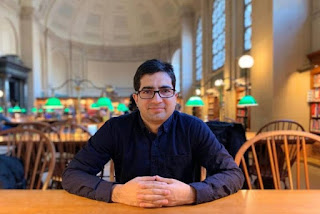 IAS officer Shah Faesal, who was the first Kashmiri to top the exam in 2009, resigned protesting the “unabated” killings in Kashmir and marginalisation of Indian Muslims.

“In the absence of any credible political initiative from Union Government, I have decided to resign from IAS. Kashmiri lives matter,” said Faesal. At the time of resigning, he was on leave, pursuing a Master’s Degree as a Mason fellow at Harvard University.

After topping the civil service exam in 2010, Faesal was allotted the home cadre of Jammu and Kashmir. While he would be addressing media on Friday to announce his next move, sources indicated he would be joining the National Conference and might contest Lok Sabha election from Baramulla seat.

In a brief statement on his social media account, the 35-year-old said his resignation was also to protest “the marginalisation and invisiblisation of around 200 million Indian Muslims at the hands of Hindutva forces reducing them to second-class citizens; insidious attacks on the special identity of the state and growing culture of intolerance and hate in mainland India in the name of hyper-nationalism”.