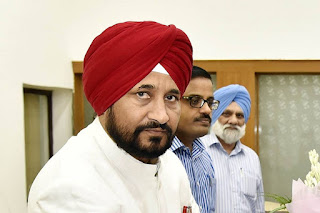 Congress leader Charanjit Singh Channi will be the next Chief Minister of Punjab, the party said today after a meeting with its MLAs following the resignation of Captain Amarinder Singh, just months away from the assembly election.

Mr Channi, who will be the first Chief Minister of Punjab from the Scheduled Caste community, now holds the position of Technical Education Minister of Punjab. He is a three-time MLA from Chamkaur Sahib constituency.

"Heartfelt gratitude and thanks to the top leadership for appointing me Chief Minister of Punjab...I will always work for the welfare of the people and to give new energy and momentum to the sustainable development journey of the state," the 58-year-old tweeted today following the announcement.

Mr Channi was among the section of Punjab Congress MLAs who put pressure on the party high command for a change in leadership. Mr Singh resigned eventually.

Previously, Mr Channi was the leader of opposition in the Punjab assembly from 2015 to 2016. He was made a minister in the Captain Amarinder Singh government in March 2017.

A #MeToo case is also pending against Mr Channi for allegedly sending an inappropriate text to a woman Indian Administrative Service officer in 2018. The woman never filed a complaint and Mr Singh had then said the issue was "resolved". But the case resurfaced in May this year when the Punjab Women's Commission sent notice to the state government asking for its response to the allegation. 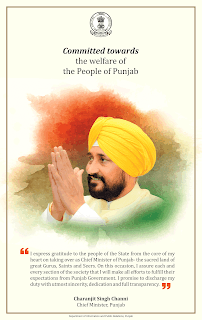