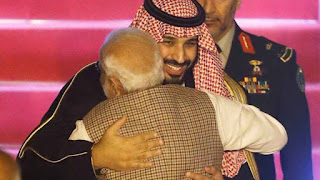 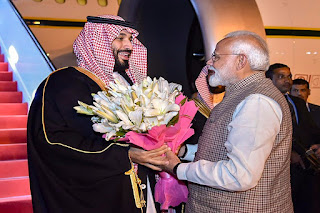 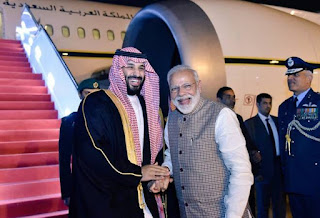 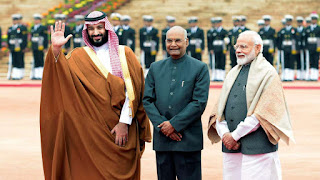 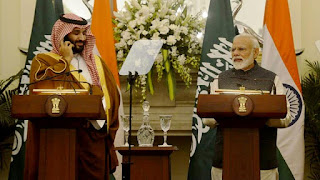 Saudi crown prince Mohammed bin Salman joined Prime Minister Narendra Modi in condemning the Pulwama attack in the “strongest terms” even as India and Saudi Arabia agreed on the need to put pressure on countries that back terror and called on such states to dismantle terrorism infrastructures.

Apart from the specific reference to Pulwama, the joint statement called on “all states to reject the use of terrorism against other countries, dismantle terrorism infrastructures where they happen to exist and to cut off any kind of support and financing to terrorists perpetrating terrorism from all territories against other states”.

The prince agreed to share intelligence with India on counter-terrorism and, importantly, agreed that terrorists should come under UN sanctions. He also said Saudi Arabia will invest $100 billion in India.

Saudi Arabia’s Crown Prince Mohammed bin Salman ordered the release of 850 Indian prisoners lodged in his country’s jails on Prime Minister Narendra Modi’s request as the two leaders held extensive talks, according to the Ministry of External Affairs. After the talks, it was also announced that India has decided to extend e-Visa facility to Saudi nationals.

Saudi Arabia also joined the International Solar Alliance, a move welcomed by the prime minister, MEA officials said. Both sides noted the potential of cooperation in the renewable energy sector. a joint statement issued after the talks said.