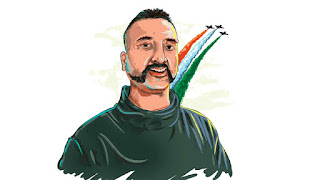 Wing Commander Abhinandan Varthaman — who was captured by the Pakistani army after his MiG-21 was shot down during a dogfight near the Line of Control on Wednesday — returned to India on Friday night.

Television footage showed the brave IAF pilot making the crossing at the Wagah-Attari border check-post around 9:20 pm. Dressed in a blue coat, grey trousers and white shirt, he was received by senior Border Security Force officers at Zero Line, which marks the India-Pakistan land border.

Abhinandan was accompanied from Pakistan side by Group Captain JD Kurian. He was surrounded by armed troopers of the Pakistan Rangers up to the border gate.

Hoping to give a hero’s welcome to the fighter pilot, thousands of Indians had gathered on the border carrying the tricolour and garlands since morning. But as the day wore on and night fell there was no sign of him. Pakistani authorities kept delaying his return for unexplained reasons. After over 60 hours in their captivity, he finally walked back home through the Zero Line. He was then driven away from the border check-post towards Amritsar in an IAF vehicle, which was escorted by Punjab police. He was expected to be flown to Delhi. On Saturday, he will undergo debriefing, which will include his physiological as well as a physical check-up in the presence of officials from the military and intelligence agencies.

Abhinandan’s capture had further raised tensions between India and Pakistan. Pakistani Prime Minister Imran Khan announced on Thursday that the pilot would be freed as a “goodwill gesture” after India demanded his unconditional, immediate release.

Prime Minister Narendra Modi welcomed his return on Friday. “Welcome Home Wing Commander Abhinandan! The nation is proud of your exemplary courage. Our armed forces are an inspiration for 130 crore Indians,” Modi tweeted.

Abhinandan’s handover was delayed because he was asked to record a statement on camera by Pakistani authorities, according to sources in Pakistan. The Pakistan government released the clip to local media at 8:30 pm.

Earlier this week, IAF jets carried out a counter-terror operation in Pakistan, hitting what it said was a JeM training camp in Balakot, deep inside Pakistan on Tuesday. The next day, Pakistan retaliated with a large air formation, comprising 24 fighter jets. Abhinandan was in one of the eight MIG-21s that took on the Pakistani jets and shot down an F-16, according to officials. During the dogfight, his plane was hit and he bailed out, landing in PoK, where he was taken into custody by the Pakistani army. 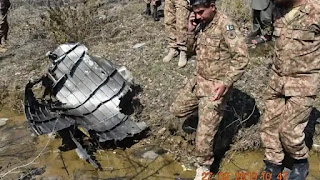