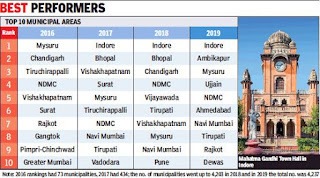 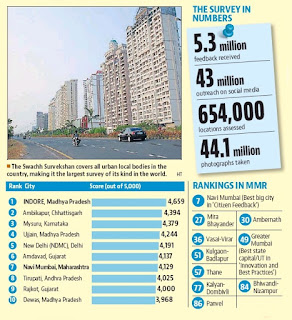 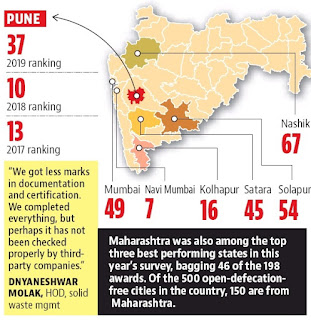 Bhopal has bagged the cleanest capital award while Indore, Ujjain and Dewas from MP besides Ahmedabad and Rajkot from Gujarat make it to the list of top 10 Swachh urban areas with more than one lakh population category.

The posh NDMC area in Delhi, which houses VIPs, ranked fifth on cleanliness parameters. Bhopal municipal area has though slipped to 19 in ranking from the second position it occupied last year.

In the category of urban areas having less than one lakh population, eight civic areas in Maharashtra have made it to the list of top 10 with Karhad leading the group followed by Lonavala, Mul and Vita.

The cleanliness rankings show Dewas in MP has made the maximum progress, from 68 in 2018 to 10th cleanest in 2019, among the municipal areas with over one lakh population. Rajkot has also made huge progress to become the ninth cleanest urban area, up from 35 in 2018.

The other big jump has been made by Ambikapur, which finished as the second cleanest municipal area this year as compared to its 11th rank in 2018. The four cities which have fallen out of top 10 group are Chandigarh (20), Pune (37) and Vijayawada (12) besides Bhopal. 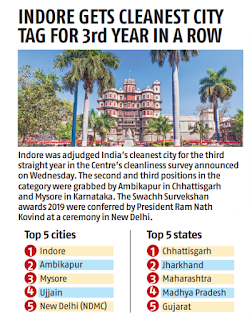 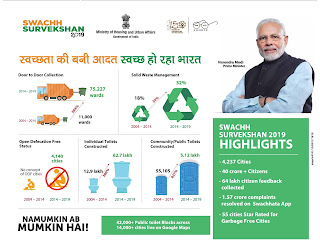