From stubble to tableware 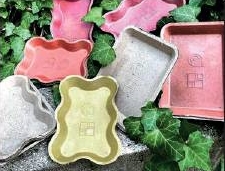 Punjab has 75 lakh acres of land under paddy cultivation. Every October after the harvest, these fields are left with crop residue, also known as stubble or straw, which farmers usually burn to prepare their fields for the wheat crop. The smoke ends up choking Delhi and other parts of north India. But now some firms are not only turning crop waste into money but also saving lungs in the process.

Farm2Energy Pvt Ltd, a three-year old business based in Ludhiana’s Bija village, is run by two farmer brothers, Sukhbir and Kamljeet Singh. Its balers and tractors scoop up the stubble, roll it into bales and sell it to neighbouring sugar, cement and oil factories and power plants, which burn these in a controlled environment to fire boilers. Nitin Jain, the chief financial officer of Farm2Energy, says, “Since we started in 2016, we have cleared straw from 20,000 acres of farmland in Punjab. “We also make bio-coal from crop stubble and plan to monetise it from the next financial year.” The stubble business is already showing an operating profit, says the CFO.

At the Bio-lutions factory in Ramnagara, Bengaluru, eight machines convert three tonnes of paddy straw from Punjab into pulp every day. The pulp is then used to manufacture sustainable tableware and packaging material. The three tonnes of straw processed in that factory is just a fraction of the rice straw generated in Punjab but it’s a beginning, says Kurian Mathew, CEO, Bio-lutions India. “With multiple plants we will hopefully reduce crop residue burning as well as the use of single-use plastic,” says Mathew. The company produces plates, bowls, trays to pack vegetables in supermarkets and kidney trays used in hospitals.

In Delhi, some engineers and scientists have floated a company to tackle the issue. Operating from IIT campus, Kriya Labs is running a pilot unit which breaks down agricultural residue to pulp, which can be used to make tableware. Ankur Kumar, CEO, Kriya Labs says, “We purchased 500 kg of paddy straw at Rs 5/kg, and our facility can produce 50 kg of pulp a day. Later this year, we’ll be starting our first commercial facility in Ludhiana which will produce five tonnes of pulp a day using 7.5-8 tonnes of straw.”

Interestingly, Kumar and his colleagues developed this project by chance. In 2015, as part of the college curriculum, they were working on a machine to recycle paper. At the time, air pollution was making headlines in Delhi, so they decided to tweak their project and develop a machine to convert agricultural straw into pulp. While the pilot unit is being funded by the government, they are in talks with investors. “Pollution is a pressing issue and investors are willing to put money,” Kumar adds.

If these companies do succeed commercially, it will mean relief for residents of North India who have to deal with acute respiratory disorders due to air pollution. A recent study by the US-based International Food Policy Research Institute and partner institutes has estimated that the health and economic costs of crop burning in northern India amount to over $30 billion annually.