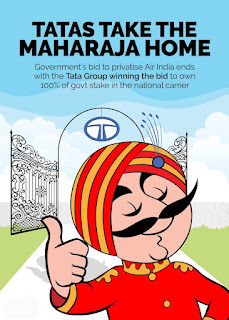 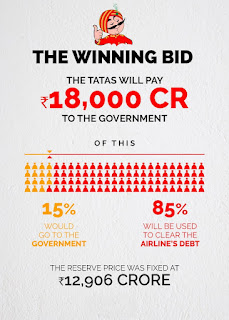 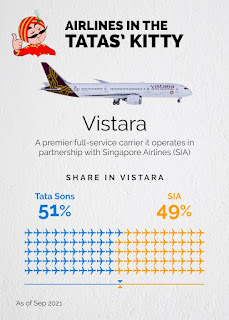 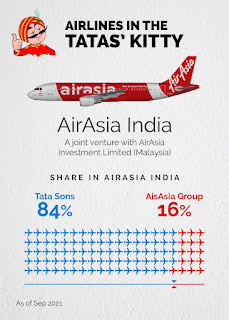 Air India will head back to the Tata Group after decades flying as the national carrier. Tata Sons will pay Rs 18,000 crore for the Maharaja, outbidding a consortium led by SpiceJet’s Ajay Singh who had bid Rs 15,100 crore. The transaction is expected to be close by end of December this year. The central government had started evaluating the bids for the debt-laden national carrier earlier last week. Reports suggest the Tata Group is the front-runner to win the Maharaja, while SpiceJet’s Ajay Singh is the other bidder competing for the airline. The evaluation of bids was done against an undisclosed reserve price.

The governments, over the years, have tried selling the money guzzling airline but to no avail. The debt-laden carrier has 127 aircraft, controlling 50.64% of the International market share when clubbed with AIXL, among Indian carriers. Air India currently serves 42 international destinations. The government is selling its entire stake in Air India. Tata Group already owns about 84% stake in AirAsia India and 51% in Vistara.