Baleno: Made in India 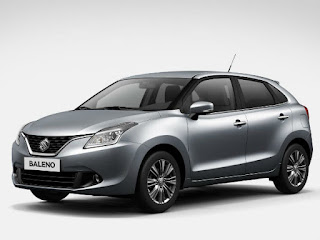 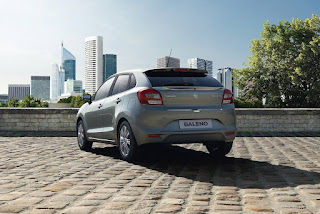 More than three decades after it started operations, Maruti is all set to export a `Made in India' vehicle to Japan, which will be sold by its parent Suzuki. Japan's Suzuki, which controls 56% stake in Maruti, has decided to make India a global manufacturing hub for its upcoming premium compact car `Baleno', which will be exported to over 100 countries, including the Western European nations.
Baleno will be Maruti Suzuki's first attempt in the premium compact segment (it will be positioned above the `Swift' hatchback) and will make a debut in India on October 26. It was unveiled at the Frankfurt Motor Show in September. Baleno will compete mainly with Hyundai's Elite i20 and Honda's Jazz and will have a 1.2 litre petrol engine (manual and automatic variants) and 1.3-litre diesel engine. “Baleno has been developed for the global markets and India will be the exclusive manufacturing hub for the car,“ R S Kalsi, executive director (marketing and sales) at Maruti Suzuki said.
This will be the first instance of Maruti -which contributes 40% to Suzuki's global sales volume and one-third to its revenues -supplying a car to its parent for sale in Japan. Engineering and manufacturing teams of the company see this as a “big achievement“. “It is a proud moment for us. A vehicle made at our Manesar factory will be sold in Japan,“ they said.
Apart from Japan, other countries where the Baleno will be sold include, Italy , France, Germany , Netherlands, Belgium, Denmark and Spain. In South America, it will be sold in Chile, Paraguay and Colombia. After S-Cross, Baleno will be the second car to be sold through Maruti's premium retail network `Nexa'.
Baleno will be manufactured on a new platform by Suzuki's engineers and Kalsi said Maruti's engineering and R&D teams have been involved in the model's development. “It will be a flagship for us, and we have made efforts to load the car with essential safety and technological features that will make it stand out in comparison to competition.“
Kalsi said the Nexa retail network has been shaping up strongly , and the company will have 80 showrooms under the new format by the time the Baleno drives in.
He said the company is satisfied with the response to S-Cross and the model has received bookings of over 10,000 units so far.