Supreme Court chief justice TS Thakur made an unusually direct and, at times, emotional appeal to PM Narendra Modi to increase the number of judges by six to seven times to clear up the mounting backlog of cases, improve investor sentiment and hasten economic development. “Whether a foreign investor invests will depend upon his faith in the ability of the country's judicial system to deal with his cases. Efficacy of the judicial system is vitally connected to development,“ he said at a joint conference of chief ministers and high court chief justices in the capital on Sunday.
“We are asking (for more funds, man power) not for the poor, not for those languishing in the jails, but for development.“ In his reply, Modi reminded the august gathering how he had been scoffed at when he had first suggested that courts work on holidays to deal with the pressures of increasing litigation.“Who do you think you are? I was told,“ he said in Hindi to much laughter. But he quickly added: “I understand your pain.“ He said greater clarity in drafting laws would help and invited the CJI and his senior colleagues to sit down with him and resolve the issue. “It is not enough to always criticise,“ Thakur had said earlier during his speech.“The entire burden (of delays, pending cases) cannot be shifted to the judges.“
Thakur said India had about 19,000 judges, which was “grossly inadequate“ for a country of over a billion which had seen an explosion in litigation. He cited Law Commission reports prepared 30 years ago that argued for at least a five-fold jump in the judge-population ratio from 10 for every million to 50 per million. 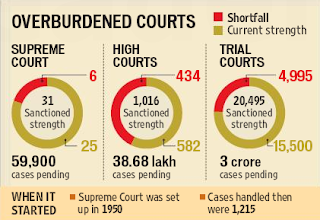 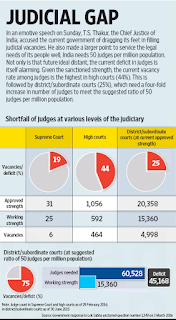 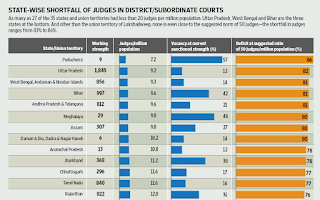 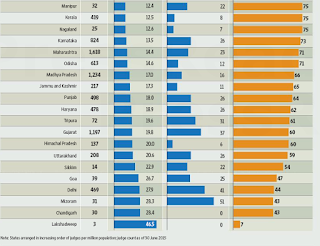 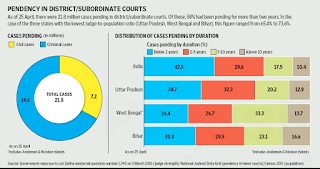