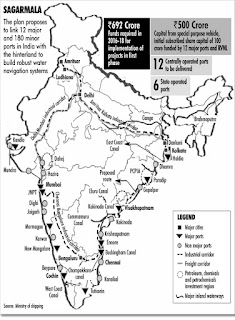 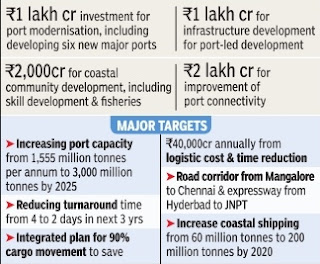 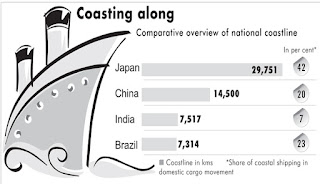 Launching the government's ambitious Sagarmala project, Prime Minister Narendra Modi on Thursday said India is aiming at Rs.1 lakh crore of investment in the port sector, besides doubling the port capacity by 2025. Modi, who inaugurated India's first global maritime summit, made a strong pitch for turning the country's 7,500 km coastline into an “engine of growth“. “Our vision is to increase port capacity from 1,400 million tonnes to 3,000 million tonnes by 2025,“ he said.
With the Sagarmala project, the NDA government has turned its eye towards the development of the port and inland waterways sector to boost employment, bring down logistical costs and add to overall growth. It aims to attract huge overseas investment in revamping the country's port infrastructure. The project, which was conceived during former PM Atal Bihari Vajpayee's regime, has been revived by the Modi government targeting an investment of Rs.4 lakh crore. It also targets to push coastal shipping by over three-fold and building rail and road networks for quicker evacuation of cargo traffic.
The PM said plans to integrate ports with SEZs, smart cities, industrial parks and logistics parks were on the agenda. The shipping ministry showcased about 250 projects with investment opportunity in the maritime sector. Shipping minister Nitin Gadkari said, “It has been decided to finish Sagarmala project in five years instead of 10 years to create 10 million jobs. The project will boost exports to $110 billion.“
He said the programme could lead to annual logistics savings of Rs.35,000 crore.“This plan is based on optimising multi-modal transport to reduce the cost of cargo, minimising time and cost of export-import cargo logistics, lowering costs for bulk industries and improving export competitiveness by locating manufacturing clusters near ports,“ a statement said. 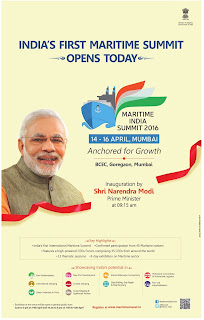 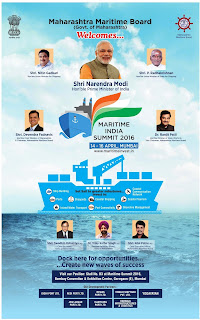 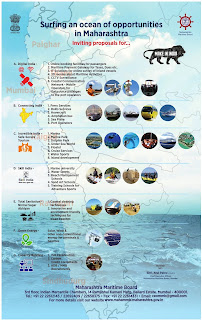