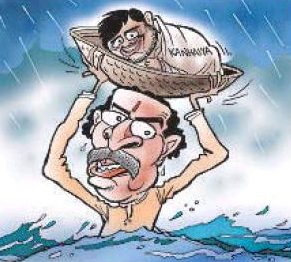 Uddhav Thackeray has slammed the BJP for condemning youth leaders such as Hardik Patel, Kanhaiya Kumar and the late Rahul Vemula as “anti-nationals“.Addressing a Shiv Sena conclave in Nashik on Sunday, Thackeray said the next chief minister of Maharashtra would belong to the Sena. He dropped broad hints that the Sena would snap poll ties with the BJP and go solo in the 2017 BMC elections. The parties had separately contested the 2014 state assembly elections.Stating that the country has the largest GenNext population in the world, Thackeray said the young generation was destined to lead India and it need to be guided in its task. “Rohit Vemula is no more, while Hardik Patel and Kanhaiya Kumar have been declared anti-national. How will the young generation work if they are condemned in such a manner?“ Thackeray asked.