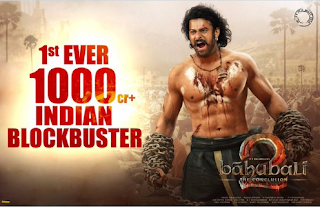 Baahubali 2 has become the first film to cross the big billion mark at the box office.

The SS Rajamouli film starring Prabhas, Rana Daggubati, Sathyaraj, Anushka Shetty and Ramya Krishnan has turned out to be the biggest Indian film ever. The film raked in Rs.200 crore worldwide gross on its opening day itself and in a matter of 8 days, it has crossed the Rs.1000 crore mark too. Baahubali 2 is the first Indian film to achieve this.