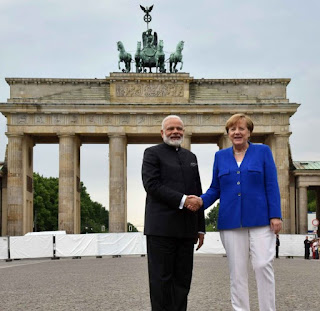 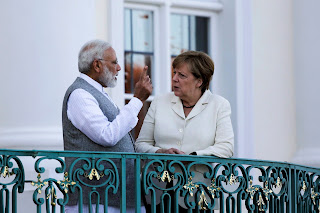 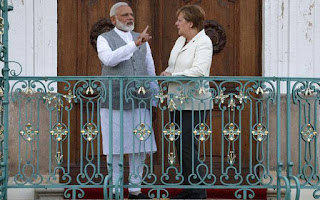 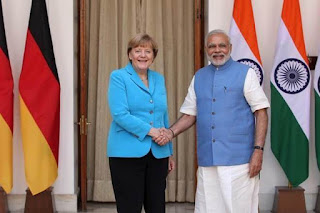 PM Narendra Modi, who was in Berlin for the fourth round of InterGovernmental Consultations, emphasised that Indo-German ties should be outcome-oriented and added that “India and Germany are made for each other“.

PM Modi also appealed that forces of humanity should come together to combat the menace of terrorism as India and Germany vowed to take “strong measures“ against those who encourage, support and finance it.

Warning of growing “protectionist tendencies “ worldwide, German Chancellor Angela Merkel made it clear that her country would push for an FTA between India and the EU in Brussels. “It's important that we make progress on the German-Indian, or rather EU-Indian free trade agreement,“ she said at a Berlin business forum where she consultations on IGC. “We will do a major push in Brussels to ensure that these negotiations progress again.“

Pushing economic envelope was the primary agenda of this round of IGC. The two sides, at the end of IGC, signed 12 pacts across sectors, including cyber security, skills training, heavy industry , health and development.

India-Germany Bilateral Investment Protection Treaty expired this March and Broad-Based Trade and Investment Agreement between India and the EU remains inconclusive despite 16 rounds of negotiations. As per the joint statement issued at the end of issued at the end of IGC, both leaders reaffirmed their commitment to resuming BTIA negotiations at the earliest .“Recognising Germany's key competencies in high technology and India's growing needs, both the leaders welcomed the efforts of the High Technology Partnership Group to identify specific opportunities for high-technology collaboration, including in priority areas of skills development, in manufacturing under the Make in India programme and to enhance cooperation in defence manufacturing and machine tools as well as enhancing cooperation in maritime technology and the development of blue economy ,“ the joint statement said.