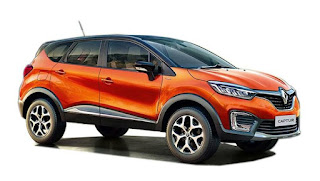 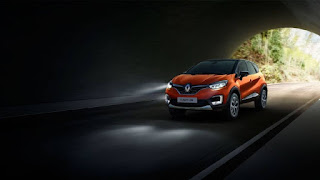 French carmaker Renault launched Captur, its third offering in the utility vehicle segment in the domestic market. Going by the performance of the its existing products – Kwid and Duster – Captur has hit the market at the right time to help Renault recover lost volumes. Renault was one of the first manufacturers to create the compact SUV space in the market with the launch of the Duster in 2012 and the vehicle immediately became popular with buyers. However, due to stiff competition from other competitors, volumes declined in the last two financial years. In FY17, volumes increased by 5% to 18,947 units while in FY16, the same for the vehicle declined 54% to 18,045 units compared to the previous fiscal. In the first six months of the current fiscal, volumes have slumped by 20.3% y-o-y to 8,074 units.

During the festival season in FY16, the company had launched Kwid – the first small car by the manufacturer – and for a year-and-a-half, volumes picked up and touched 10,000 units per month, but cooled off later. Kwid was the only new offering from any manufacturer in the mini or ‘A’ segment when the rest of the manufacturers were focusing on segments such as compact SUV and premium hatchback.

The Captur is based on the ‘MO’ platform on which the Duster is based, but it will be more premium than the Duster. It will compete with the likes of Hyundai Creta and Nissan Terrano as the segment has not witnessed any new launch for quite some time. So, Renault will have the opportunity to create some space for itself with Captur.

With most of the volume growth in the passenger vehicle market coming from the utility vehicle segment, Renault can be hopeful of increasing its overall volumes with the Captur.