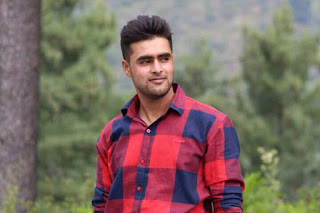 A 23-year-old soldier, who was on vacation, was abducted and killed by terrorists at Shopian in South Kashmir. According to police, the body of Irfan Ahmad Dar, who went missing on Friday, was found with bullet marks.

His car was also found a km away from the spot where he was found dead.

“He was perhaps kidnapped by terrorists. His bullet-riddled body was recovered on Saturday morning,” SSP Shopian, Ambarkar Shriram, said, adding that the soldier was posted with the Engineering Regiment of the Army at Gurez near the LoC.

Chief Minister Mehbooba Mufti, who is on a tour to South Kashmir, strongly condemned the killing. This is the third such killing in the recent times.

In May, Lt Umar Fayaz was killed in the same area after terrorists kidnapped him from a marriage party in Kulgam district. His bullet-riddled body was found on May 10 in Harman village of the same district. He belonged to neighbouring Kulgam district. He was posted with 2 Rajputana Rifles in Akhnoor area of Jammu district. The killing of the bright son of a Kashmiri farmer was widely condemned. After Fayaz’s gruesome killing, the state police issued an advisory asking its personnel not to visit their ancestral places in south Kashmir districts for six months.