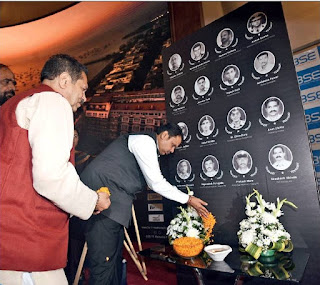 Maharashtra Chief Minister Devendra Fadnavis on Sunday urged the people of the nation to join the fight against terrorism, adding it would be the biggest tribute to the brave hearts. Speaking at the ninth anniversary of 26/11 Mumbai terror attacks at an event held at the Bombay Stock Exchange commemorating the martyrs of the attacks, he said, “The way incidents of terrorism are increasing, not only the police and security forces, but all citizens of this country need to be vigilant and alert. Every citizen should cooperate with our police and the army force. We should work together to crush terrorism. This would be the biggest tribute to the martyrs.”