Another migrant couple killed in accident 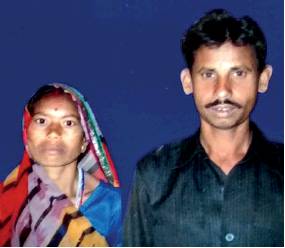 A migrant labourer couple cycling home to Chhattisgarh with two children was killed after an unidentified vehicle hit the bicycle the family was travelling on in Lucknow, the police said on Friday. The children were injured in the accident which occurred at Shaheed Path in Golf City locality in the UP capital on Wednesday night.

Krishna Sahu, his wife Pramila and their children Nikhil and Chandni were rushed to hospital where Pramila succumbed. Later, Krishna and his children were admitted to the Trauma Centre of King George’s Medical University where Krishna died. The children are stated to be in a stable condition, the police said.

Krishna’s brother told police that the family was cycling to Chhattisgarh as all public transport has been suspended due to the lockdown.

Migrant labourers across the country have been rendered jobless due to the lockdown which began on March 25. With no money to pay rent or buy food, thousands have been reaching their native places on foot, bicycles or by taking lift in trucks and other vehicles.

UP Chief Minister Yogi Adityanath on Friday asked officials to reach out to their counterparts in other states for better coordination in bringing the migrants home and urged the workers to not walk or cycle back home.