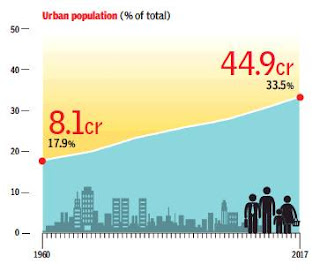 If India’s cities were a country, their population would be the third largest after China and India. Although every third Indian lives in a city today, 60 years ago only 1-in-5 did. Back in 1960, about 8 crore Indians — less than the population of Japan at the time — lived in cities. Today, Indian cities house 45 crore people, which is equal to the combined current population of the US and Japan. Though many migrants struggle to make a good life in cities, they feel they are better off as urban dwellers.