IAF fighter base cleared at Deesa 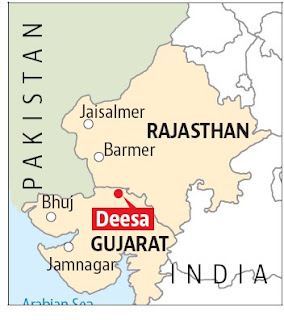 The Cabinet Committee on Security headed by PM Narendra Modi cleared a long-pending Indian Air Force plan to set up a forward fighter base close to Deesa in Banaskantha district, near India’s western border in northwest Gujarat, adding teeth to its military capabilities against Pakistan.

Defence ministry officials said, on the condition of anonymity, that the CCS has cleared the initial investment of around ₹1,000 crore to extend the runway, build fighter-pens and administrative facilities. 4,000 acres for the air base, which will plug the critical air defence gap between the Barmer and Bhuj air bases, was acquired nearly two decades ago.