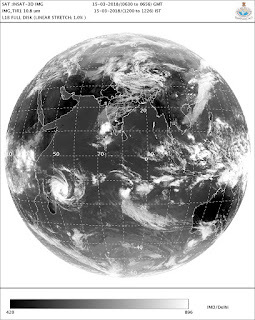 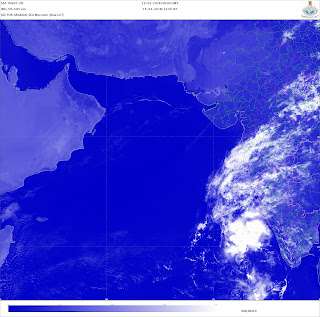 The weather bureau and independent meteorologist to the Maharashtra government said the formation of a tropical depression (low pressure weather system) over Arabian Sea is a rare phenomenon for March and is a first for the country.

According to experts, such a weather system is observed only in the months of April and May. India Meteorological Department officials and independent weather agencies have called this a rare occurrence.

The impact of this weather system, currently over southeast Arabian Sea, has paved way for heavy rain over south India states such as Tamil Nadu and Kerala and light showers have been predicted for Karnataka, Maharashtra including Mumbai, Pune and Nashik, on Thursday and Friday. On Wednesday, Mumbaiites woke up to an overcast sky.

“We have checked the cyclone e-atlas records and this is the first weather depression in Arabian Sea since records began in 1891,” said Akshay Deoras, meteorologist and independent meteorological.

“Moisture from this depression will form clouds over Maharashtra, which will lead to a drop in day temperatures for coastal and interiors parts of the state on Thursday and Friday. It is advisable for farmers and local agricultural markets to protect harvested or ready to harvest crops such as wheat, jowar and horticultural crops during these light showers.”

Deoras added the weather system developed owing of the Madden Julian Oscillation – a rain bearing system that travels across the globe and triggers storms at sea owing to increased moisture.

“It is correct that this is the first such historical documentation of a weather system developing over the Arabian Sea during the month of March that might give rain over the west coast,” said Mrutunjay Mohapatra, head of climate services, IMD.

He added, “Our weather models suggest that a well-marked low pressure area intensified into a depression, which is moving at a pace of 20 kilometres per hour over, currently over Lakshadweep, giving heavy rain over southern states. However, as the system moves northwestwards on Thursday, it is likely to weaken, and result in moisture incursions over Karnataka and Maharashtra coast, which give isolated light showers.”

He added that along with the depression over Arabian Sea, weather systems over Bay of Bengal, a system over the central Indian peninsula, and a trough over Iran and Afghanistan, were all responsible for developing rain bearing systems along the west coast.

Mohapatra added that this is the first time that such weather conditions affected the west coast in March.