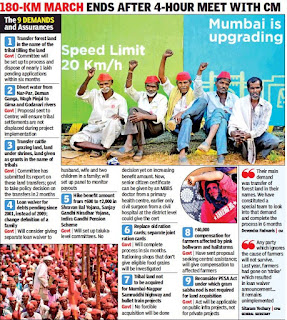 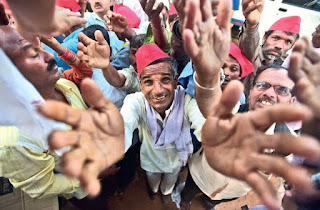 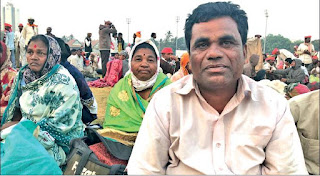 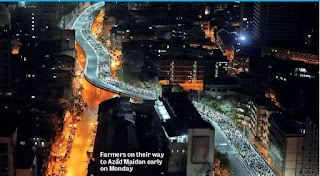 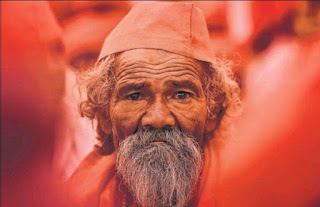 In a desperate attempt to be heard by the government of Maharashtra, around 50,000 farmers from across the state walked into Mumbai yesterday. The demands of the farmers, who gathered at Azad Maidan, include an unconditional waiver of loans as well as electricity bills, implementation of the Swaminathan Commission recommendations, along with an announcement of minimum support price for agriculture produce and a pension scheme for farmers.

People from all age groups have been a part of the protest. Eighty-year-old farmer Vishram Yeshwant Lilake from Dindori (Nashik) has come with the sole hope that his ancestral property, which has been a source of income for his family, will be transferred to his name.

The march, which started a few days ago, has seen participation from even youngsters. Sixteen-year-old Mahesh Ramdas Kharpare from Shahpur says that education and water are on the top of his priority list.

The farmers are garnering support from people from different walks of life. Mumbaikars, including celebs, have tweeted in their support.